Forage for the Trail – What Can Goats Eat?

Browse for goats on the trail is the most important part of planning a multi-day hike, (or even a single over night trip), with goats. A hungry goat is a grumpy goat that will cause trouble, including potentially gorging on whatever poisonous plant is growing the vicinity or eating YOUR food out of the panniers.

Bamboo/river cane – a good forage for goats if they can reach the leaves, native to North Carolina, South Carolina, and much of the southeast. Common in boggy areas with loamy soil and on river banks.

Native holly – don’t let the spikes fool you, the goats love this stuff! The holly I mean is a mid-sized under story tree with grey or light brown bark, not the ornamental bushes. Native to the southern Appalachians and foothills. Often found near water.

Blackberries/raspberries – high in vitamin C these plants can be found throughout the east coast.  Common in clearings, road edges, or in overgrown farm fields. A huge patch of these is also on top of Mount Mitchell in North Carolina.

Wild blueberries – These are low bush version of blueberries found growing wild in the peaks of the Appalachians (southern and mid-east coast) and as a coastal species in Maine and Upper Peninsula of Michigan. Identifiable by their round leaves and the presence of a berry or two in season, these are edible goat forage from what I’ve seen. Typically an understory plant in the mountains, it is found in forest areas that are well drained and well lighted. In Maine and Michigan it seems to prefer shorelines and well drained rises.

Lespedeza – Lespedeza is a shrubby plant that grows about 2-4 ft tall. Popular as a ground protector and anti-erosion plant for road construction it can be found from about Virginia or further south living in stands on the side of logging roads and gravel park roads. This is excellent forage for goats, and is high in tannins that decrease parasite loads. In some states, (particularly NC), this forage is available in square bales for feeding on the farm, (or at the campsite). Historically this forage was even baled for horse consumption, which goes to show you just how high quality this stuff can be grown.

Dead leaves and dead wood – Goats will consume bark off pine trees, dead wood from fallen rotting branches, and seem to enjoy certain types of fallen leaves similarly to how humans enjoy snacking on potato chips. While these food sources cannot be the sole source of forage they are great on the trail snacking and are available throughout the east coast. Avoid wilted leaves from cherry trees, however, as these are poisonous, (they contain high levels of cyanide). Fresh leaves from the tree are not poisonous and goats tend to really like them. Also, be careful around trail structures made of old wood, especially with the bark left on. Goats will nibble!

Pine needles – Fresh or day old green pine needles, with a preference for those from long needled pines, are popular with my herd. Native to the Southeast.  Common in forests commercially planted for pine or in state forests managed as timber tracts.

Wild roses – while the foliage and thorns are similar to their domesticated cousins, wild roses generally boast more subdued white or light pink flowers. Native to most of the south and northeast coast, except I haven’t seen them in Louisiana or Texas. Commonly occur near old homesites, road ditches, or areas previously cultivated by man.

Invasive Japanese honeysuckle – A popular forage with goats this stuff is both highly edible and an invasive nonnative. Allowing goats to forage on this is basically making the world a better place one bite at a time. Native to disturbed forest habitat in the southeast. Interestingly, by pulling the stamen carefully out of the honeysuckle bloom from the bottom of the bloom a drop of nectar that is quite tasty to humans can also be obtained.

Invasive Kudzu – Colloquially known as the “vine that ate the south” this common invasive and nonnative plant can be found climbing trees, covering embankments, and slowly but surely growing over rural roads. High in protein, if it could be bailed it would make great hay, but goats will eat it just fine in the field. Common to disturbed areas in the rural South, especially along roadways and in historically settled areas.

Wild Grapes – Perhaps better known as a forage for deer both wild muscadine (the green grapes) and scuppernong (the purple grape) vines are edible for goats, as are “fox grapes”, the smaller purple grape found in New York and parts of Florida.

Acorns – Believe it or not, goats, once they learn how to eat them, will relish large fat acorns just like we do a ripe pecan. The high fat content of acorns makes them a good energy source and they are readily available in the southeast during Fall. 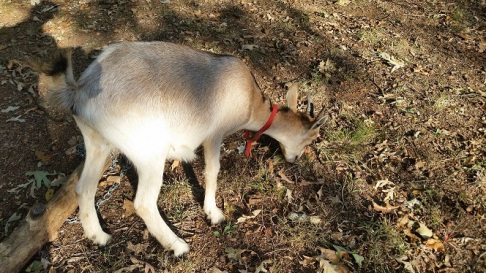 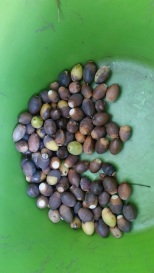 Plain old grass – Never overlook the possibility of planning your trip to sleep near an old field, or a meadow. Its very easy to feed goats by just making sure you are near the edge of a logging road that is overgrown with weeds! 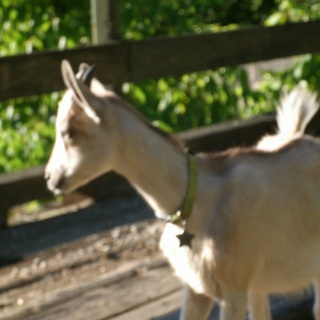 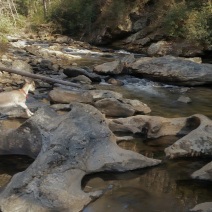 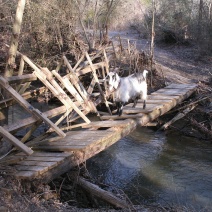 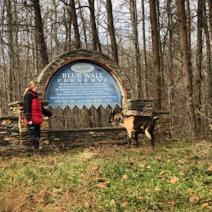 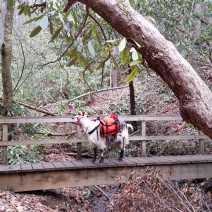 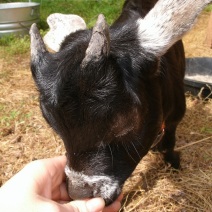 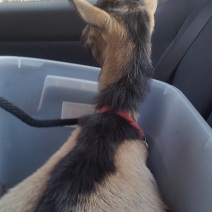 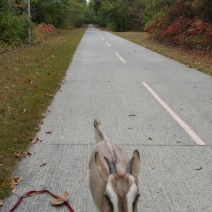 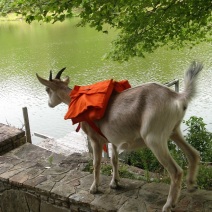 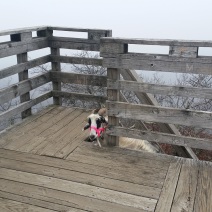 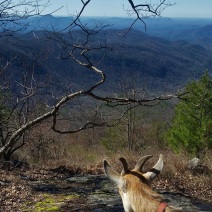 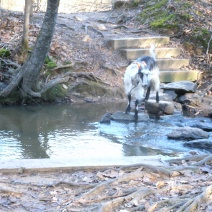 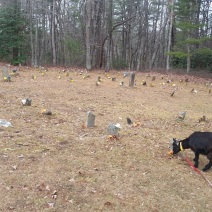 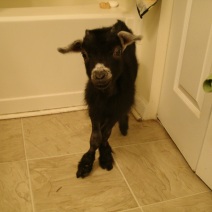 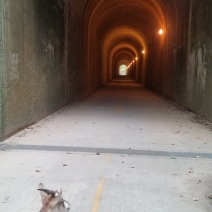 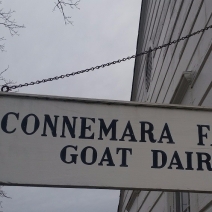 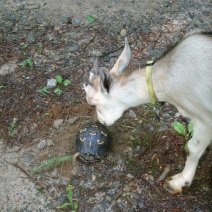 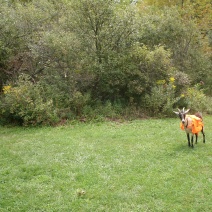 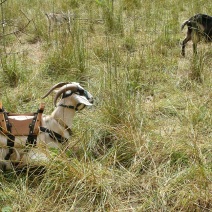 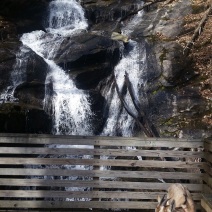 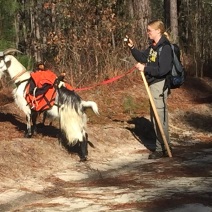 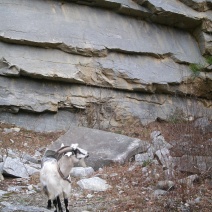 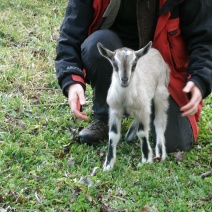 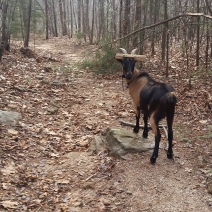 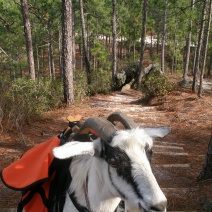 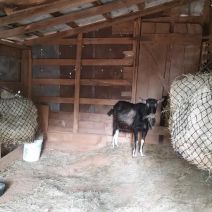 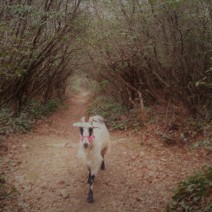